What are bare metal servers?

Like dedicated servers, bare metal servers are single-tenant so all of the hardware and resources on the machine are dedicated to one user. However – like with cloud servers – bare metal users can start, stop and pause the server at any time, and only pay for the resources they’ve used. This is perfect for businesses who need the flexibility, but don’t want to compromise on storage and performance.

What are the advantages of bare metal servers?

Bare metal servers give all the performance benefits of dedicated servers but without the contract. With dedicated, single-tenant resources users get the full power of the CPU and RAM, and don’t have to worry about sharing resources with others. Shared tenancy can affect performance because of something known as ‘noisy neighbour syndrome’. With noisy neighbour syndrome the performance of a user’s shared hosting platform can be affected if another website on the server is taking up a lot of resources. Bare metal servers negate this, and all resources are completely dedicated.

Dedicated servers usually require users to enter into contracts, and resources are dedicated to that machine for a fixed period of time. Where bare metal differs is that users can get those powerful, dedicated resources on a short-term, pay-as-you-use basis. A bare metal server can be spun up and ready to go in under eight minutes, used for a certain period, and then paused or shut down, and payment is only made for the resources used during the period the server was running – whether that was two hours or two weeks. This is where bare metal servers incorporate the flexibility of cloud servers, as money isn’t wasted on resources that aren’t being used.

What are bare metal servers used for?

Because of the unique combination of high performance and flexibility, bare metal servers have a wide variety of use cases for short-term, resource-intensive needs.

If as part of your business you collect vast amounts of data a bare metal server could be perfect for your big data processing. Internet of things devices, for example, collect a range of data and lots of it, but you may only need to process all of the data once a year. Bare metal servers give you the high performance and resources that you need to process the big data collected from internet of things devices, as well as the flexibility to be able to spin up the server when you need it, and shut it down when you’re done with it. It may only take a couple of days or weeks to process the data, and with a bare metal server you only pay for the resources you used during that time, and not for the whole year round.

Ecommerce websites are another example of where resource usage can be sporadic and inconsistent at different times of year. Retail websites will expect high volumes of traffic in the lead up to Christmas. One option would be to rent a high-powered dedicated server all year round that has a high enough spec to cope with the influx of traffic at Christmas, but then you’d be paying for resources that you don’t need for the rest of the year. So again, spin up and integrate a bare metal server into your infrastructure to handle the extra processing load.

Bare metal servers can also be integrated into a network of virtual machines, so the other option is to use scalable, flexible cloud servers to handle the resource-intensive seasonal traffic, and have an integrated bare metal server to store the back-end stuff like databases of customer details. This hybrid infrastructure gives you the scalability of the cloud, as well as the extra power and security of dedicated servers.

The flexibility and scalability of cloud servers are great for pre-production of application development due to the rigorous and extensive amount of testing required. But once the production is complete, a high-performance dedicated server is more suited. So bare metal servers are a great hybrid option.

“If you know your enemy and know yourself, you need not fear the outcome of a hundred battles.” It’s safe to say that Sun Tzu wasn’t thinking about... read more 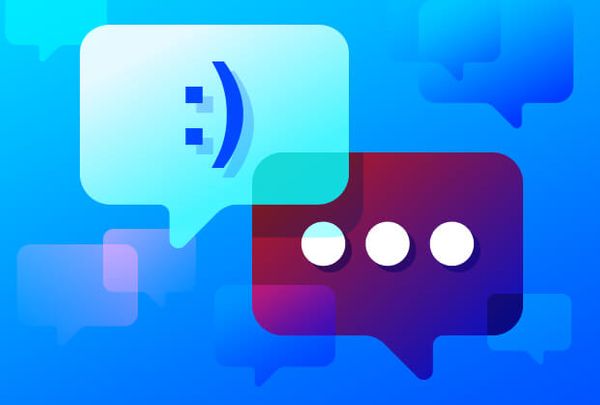 Robots are never out of the news. Whether it’s announcements of the latest artificial intelligence breakthrough, or worries about AI systems stealing jobs from humans, what’s undeniable is... read more