When all non-essential stores closed their doors during lockdown, Brits became pros at online shopping. Retailers started pushing their online presence and we lapped it up – we could order items quickly and easily at the click of a button.

With this surge in online shopping came the flurries of parcels that were delivered to people’s doors. But as easy as online shopping is, the chore of returning unwanted parcels to a local post office was the inconvenience we all dreaded.

By surveying Brits in the UK and performing desk research, we found the average amount of money Brits waste per year by not returning unwanted items. Curious why so much money goes down the drain? Read on to find out, plus uncover the top 10 cities that waste the most money.

We found that a whopping £33.5 million a year is wasted on unwanted parcels. It’s not only bad for peoples’ bank balances but bad for the environment too. The items that have been cast aside will then get thrown away because shoppers didn’t want them in the first place.

The main cause is how easy it is to order online. Actually, 53.8% of Brits agreed that being able to just 'click and pay' fuels their online shopping habits.

It's not hard to admit that the idea of going all the way down to the post office to return a parcel isn't exactly an exciting one. First you've got to find the time in your own schedule, then you have to work it around the post office's opening hours.

Unsurprisingly, 77.8% of people agree with us, saying that they find returning parcels they buy online time consuming. Plus they added that this usually results in them keeping their unwanted parcels and wasting their money.

This could be because we've got into the habit of buying things on impulse, getting things we don't actually need. In fact, 37.5% of people admitted doing exactly this. Maybe the moral of the story is that we need to buckle down on what we buy. Instead of making spontaneous purchases we'll regret, we should actually think about things before we click 'buy' (is that even possible?).

We surveyed the UK to find out which areas waste the most money on unwanted parcels and we can now name and shame the top 10 cities.

The city of Newcastle took the top spot by a landslide, with residents wasting the most money (£1,240.92) on online purchases they never returned. Newcastle residents also seemed to spend the most shopping online in the first place, with the average parcel costing £34.47.

Finally, it was Glasgow that was crowned the least wasteful city when it came to spending money on unwanted parcels (£492.96). And although it wasn’t much less than Sheffield, it was Glasgow residents who least regretted buying things online (13%). This was the lowest number of people out of all cities. So when you think about it, the pickier we are when buying items online, the less likely it is that we'll want to return them (or want to avoid returning them).

Maybe Glasgow's secret is that 34.8% of people (the lowest out of all 10 cities) said they preferred online shopping. Perhaps, less money is wasted on unwanted items there because residents prefer to shop in-store rather than online.

It's probably safe to say that if we followed the 'try before you buy' ethos and actually went down to the shops, we'd waste less money on things we don't want.

Want more insights? We've got loads of posts that look at things like the world’s busiest websites, our top nostalgic sites and the best locations for UK business all over on our blog.

You might have heard of the term ‘keyword research’, but what exactly does it mean? In this article, we’ve looked at what keyword research actually is and how it... read more 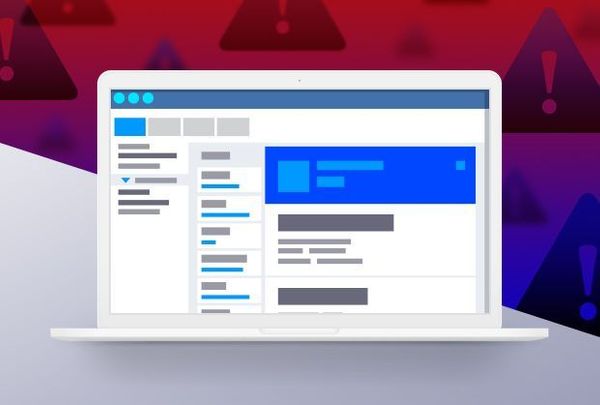 We recently gave advice on steps you can take to reduce the amount of spam emails that you receive, but spammers are becoming sneakier and are finding new ways to... read more