When starting a PHP project, it’s vital you choose the right framework for what you want to achieve. Two of the most popular PHP frameworks at the moment are Laravel and Symfony.

What are Laravel and Symfony?

Laravel and Symfony are two examples of PHP frameworks, which serve as a structure on which web applications written in PHP can be built. They prevent the need to repeat code, and streamline the process of creating foundations for a web application.

The PHP framework Symfony is the older of the two, being published in 2005. Laravel is built using components of Symfony, and was first released in 2011. While the two can be used to do the same things, the one you choose will depend on what you’re going to be using it for.

As Laravel is built from Symfony – essentially being an extension of it – it’s not surprising that most of the time, you can choose a framework based on preference. Here are some of the main differences between the two.

Laravel vs Symfony: ease of use

Symfony has a lot to offer in terms of customisation. It allows for the creation of further tools to streamline and enhance the process depending on the use case. However, the scope and capabilities of Symfony make it more difficult to pick up, as it uses the principle of ‘configuration over customisation’.

Therefore, Laravel beats it out in terms of ease of use, as it has a defined set of conventions for users to follow. It comes with a large amount of prebuilt components that are essential for building a website, such as a user accounts system and login pages. These allow you to create the basics without having to write large amounts of code to build these things yourself.

Another way in which Laravel reduces code is by making assumptions about functions. Where Symfony would require the entire function to be coded, Laravel can take an instruction and ‘guess’ how it should be carried out according to its conventions. These methods make Laravel far easier to pick up, and it’s often recommended as a first step for those new to PHP.

Unsurprisingly, Laravel is the more popular PHP framework. Its inherent simplicity means it appeals to a wider audience, while Symfony is the preferred framework for more complex web applications.

Symfony sits right behind Laravel in terms of popularity, and has the advantage of its age. However, it doesn’t have as much legacy support as you might think, simply due to Laravel’s aforementioned simplicity. Even more seasoned developers found themselves adopting Laravel by default despite knowing how to use Symfony – just because it’s quicker to get started with.

Laravel is built to be easy to use, and to simplify the process, it assumes a certain way of carrying things out. This decreases the number of decisions that developers need to make, but it means that if you’re wanting to do something differently to how Laravel does it, it’s going to be more difficult. You may end up effectively ‘working against’ the framework.

For specialist purposes, Symfony is the superior framework due to its focus on user configuration. Allowing developers to build their own modules using the framework means that it’s easier to create customised applications. It provides plain PHP libraries which can be adjusted and applied to any purpose.

Should you use Laravel or Symfony?

Choosing between the two depends on what you’re aiming to do. For many, Laravel is the default option, and is looked to by new and experienced developers alike to provide an effective framework for their web applications.

In fact, Laravel is often easily mistaken as a ‘beginner’ framework due to its ease of use, and bypassed by larger-scale operations as they don’t see it as viable. But Laravel is often used at scale with no issues – larger websites such as 9GAG and Next list Laravel as technology they use on Stackshare.

Symfony, on the other hand, provides full flexibility and extensibility. You’re not as confined to the conventions set by the framework, but that makes it harder to learn so is more often used by more experienced developers.

Whichever of the two you decide to go with, Fasthosts provides full support for PHP frameworks and applications on our Cloud Servers and Dedicated Servers. 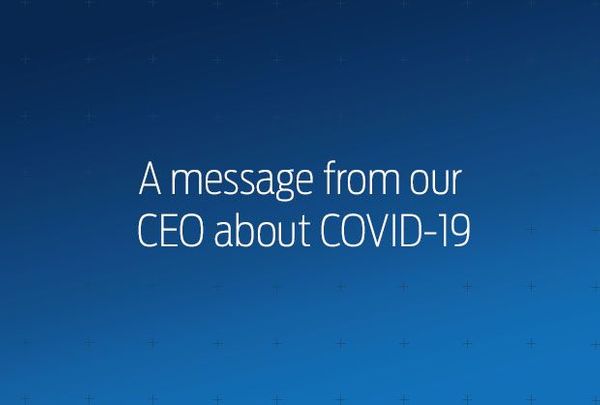 Our CEO gives a statement on the current situation regarding COVID-19 for Fasthosts staff and customers.... read more

Apache Tomcat, also known as Tomcat Server, proves to be a popular choice for web developers building and maintaining dynamic websites and applications based on the Java software platform. It’... read more