Magento is one of the most popular ecommerce platforms on the web. With full flexibility and a range of powerful features and integrations, there’s no wonder it successfully powers hundreds of thousands of online stores – from small businesses to large enterprises.

The original framework, Magento 1, was released in 2008. While highly successful, there was room for improvement in its code and functionality. Its successor, Magento 2, was released in 2015, and built on what Magento 1 had established to create an enhanced version of the framework. The two are substantially different, to the point where developers who already knew how to develop for Magento 1 had to relearn Magento 2 due to the learning curve.

If you have a Magento 1 store, and are wondering whether the migration to Magento is worth it given the costs involved, there are some benefits you might not have considered.

One of the main reasons you might want to migrate your website to Magento 2 is that Magento 1 is reaching end-of-life in June 2020. After that, it will receive no further security updates, so remaining on Magento 1 after that point will run the risk of being vulnerable to new malware and cybersecurity threats.

Although it’s only reaching its end-of-life this year, Magento 1 has also not been receiving full-bodied feature updates for a number of years, with its last major release being in June 2014. So as well as soon not being able to keep up with evolving security threats, your website is likely already behind in the features and tools it is able to take advantage of.

Another reason to migrate to Magento 2 is for its performance advantages. While there are a number of statistics floating around about how much faster it actually is, this is hard to quantify considering the huge range of sizes and use cases of Magento stores.

But there are some key performance features that have been introduced with Magento 2 which have a tangible effect on website speeds. One of these is full-site caching, which allows for each page of your site to be cached. This drastically decreases page-load time after the customer has visited it for the first time, and reduces the load on your servers – especially useful in peak times.

Full-site caching used to be an enterprise-only feature, but in Magento 2 it’s available for all to use – so everyone can take advantage of powerful caching. And this isn’t the only feature that’s now included in Magento 2 – it also comes with a built-in image compressor, which can be helpful if you use lots of images to display your products.

All of these features contribute to reducing the page-load time of your Magento website, which is shown to have a proven effect on your bounce rate. Your bounce rate describes the amount of people who reach a page on your website, then leave without clicking on anything.

Load time affects bounce rate, which has a tangible impact on conversions (how many visitors ‘convert’ e.g. buy something). For instance, data from Cloudflare shows that a load time of 2.4 seconds correlates to a 1.9% conversion rate, while a load time that’s under two seconds slower at 4.2 seconds takes the conversion rate to less than 1%. Improving your page-load time by even a second can have a substantial effect on conversions.

As well as this, Google has stated that page-load time can affect search ranking. As the time a customer is left waiting forms part of their user experience, keeping this metric low is vital – and Magento 2 makes it easier.

As well as helping decrease page-load times, migrating to Magento also brings with it other tools and functionality which can help with your website’s SEO.

Notably, Magento 2 has been built mobile-first. This means that it supports responsive websites out of the box, making it easier to build a store that adapts to – and performs well for – mobile users. Responsive websites are also a key factor in Google’s ranking algorithm, so it’s another way that migrating to Magento 2 can bring more customers to your website.

It also supports meta tags per page and canonical URLs out of the box, rather than needing to use a third-party integration for these features. Digging deeper into SEO, Magento 2 also includes support for microdata. Microdata refers to values that are assigned to different elements of a page, which tell the search engine what they are.

For example, it will indicate things like the author of an article, the date it was published, and the title, and mark them as such – so when the search engine crawls the site, it can pick out these pieces of information more easily. Magento 2 does this automatically, so as elements are created on a page it will add the necessary information to the code, and therefore improve your search ranking further.

Due to being the latest version of Magento, Magento 2 will not be losing its security patches anytime soon. It’ll continue to be built on and can react to evolving security threats with continual updates.

A core feature of Magento 2 has also been improved over its Magento 1 counterpart – the password hashing algorithms have been updated to be more complex and harder to crack. This makes it less likely that your customer and admin passwords will be able to be cracked in the case of a security breach.

A new version – but not too new

As above, Magento 2 is the newer, later version of Magento. As such, there’s a lot more support for Magento 2 across the board, with Magento 1 support decreasing all the time.

And although Magento 2 is the latest version, it’s far from bleeding edge, having been released in 2015. So the problems often brought about by new releases, like bugs, a lack of support, and a general understanding of the migration process have all been mostly solved.

There’s now a solid support network for migration, made up of official resources and unofficial communities of developers. Major bugs have been ironed out, so there’s less chance something will break once you decide to initiate development to migrate your website to Magento 2.

If you’re looking for a smooth installation of Magento on a platform, whether it’s to test out your migration development or to start up your Magento website, you can choose to pre-load Magento onto our Cloud Servers or Bare Metal machines with the click of a button.

If you know something about domains, you might have seen the letters DNS floating around. Whether in discussion, or in the settings of your website or domain provider, DNS is... read more 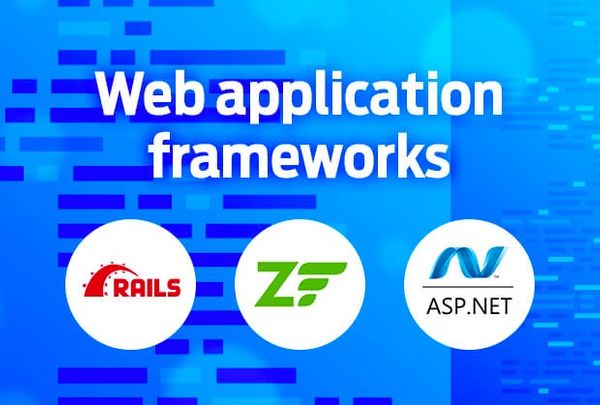 It goes without saying that web development isn’t easy. Even when a developer becomes proficient in their programming language of choice, the lightning-fast pace of web technology can make... read more