What is RAID storage?

If you’re in the market for a dedicated server, you’ll have a list of priorities. Reliability and performance are almost always at the top, and to satisfy these demands a dedicated box can deliver a range of features, including RAID storage.

Originally standing for redundant array of inexpensive disks, but now generally understood as redundant array of independent disks, the concept of RAID isn’t exactly new. The term originated in 1987 at the University of California, Berkeley, with an academic paper laying out ‘A Case for Redundant Arrays of Inexpensive Disks (RAID)’ in 1988.

The basic idea behind RAID is to distribute data across multiple storage devices to deliver improved reliability and/or performance. Exactly how these benefits are achieved depends on how RAID is implemented, with the various schemes known as ‘RAID levels’, such as RAID 1 and RAID 5.

RAID 1 and RAID 5 are just two of the most prevalent RAID levels, popular mainly because they offer a cost-effective balance of redundancy and performance. RAID comes in a variety of different flavours to fill a wide range of needs, however.

The primary techniques of storing data in the array are:

Striping is the separation of data into blocks of a particular size, so that consecutive segments are stored on different physical storage devices.

Parity is a basic method of checking for any errors in storage. A single bit of data is joined to the end of a data block to make sure that the number of bits is odd or even. RAID storage uses this method in an slightly different way by parity checking vertically and horizontally.

Mirroring is a storage method where identical copies are created and saved on RAID. This technique is an excellent option for applications that require high performance and availability, like email and operating systems.

With RAID 0, only striping is used rather than mirroring or parity.  Unfortunately, data recovery is not possible with this level.

RAID 1 is a commonly employed level where only mirroring is used. Data is mirrored across two separate drives to create redundancy; this means that if one drive fails, the other one retains identical data. In practice this results in avoiding data loss and maintaining availability, even in the face of hardware failure. The only catch is that whatever the volume of your data, you’ll always need double the amount of storage space.

Although it’s more usual nowadays for level 10 to be used instead, RAID 1E’s random read performance significantly outperforms level 1. With 1E, mirroring and striping is used, as one of the free disks in the array is employed to mirror every stripe that is mirrored.

This level is a method that stripes data at the bit level and uses a Hamming code (a block code that is able to detect up to two simultaneous bit errors and correcting single-bit errors) to discover errors. It’s relatively rare today, however.

RAID 3 is also used infrequently when compared to other levels. It consists of a dedicated parity disk with byte-level striping, and is notable for being unable to service multiple requests at the same time. RAID 3 is suited to use in applications that need very large transfer rates, like during the editing of videos.

With this level, block-level striping is employed in addition to parity, to produce I/O parallelism. Small transfer performance is enhanced as a single I/O read isn’t needed to be distributed across every drive. Because of its structure, this level offers strong random read performance.

RAID 5 needs at least three separate drives, and uses a technique called ‘data striping’ to ensure redundancy by distributing data across all drives in the array. In the event of storage failure, the affected data can be reconstructed based on the ‘parity’ information held on the other drives.

So when it comes to fault-tolerance, RAID storage is a critical consideration for anyone running a dedicated server. Data can be the most valuable asset of a business (and disaster recovery is no fun), and RAID is one of the best ways to ensure its survival. That’s not to imply RAID is a substitute for a dedicated backup – important data should always be regularly backed up and stored separately from your server – but it does form a vital layer of reliability.

So what’s your business’s ideal setup and how much capacity does it need for storage? To work out this out you must know the particular attributes of each level, such as its mirroring and parity, as well as the amount of disks and their size.

Fortunately, there are many free online RAID calculators to make this procedure simpler and speedier. This tool can also calculate how much usable disk capacity your array contains, which is very useful as the mirroring and parity function use up a lot of space. Every Dedicated Server that Fasthosts offer come with RAID as standard. Our servers are equipped with multiple high-capacity storage drives with RAID solutions, including fast SSDs. Talk to our team for more details of dedicated servers with a full range of performance features and maximum reliability. 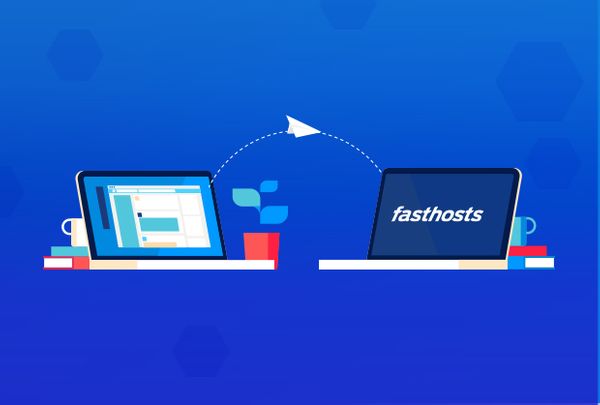 Whether you're running a small business or an industry giant, a website’s domain is always important. If a customer asks you in person how to find your business online,... read more

In web development, no one can argue that web stacks aren't vital to keeping things running as they should. The increasing demand for seamless technology that extends across client-side, server-side... read more