Storage space is a hot commodity, and it’s always a good idea to optimise the amount of storage space you require. One method for this is data deduplication.

What is data deduplication?

Data deduplication is a way of reducing the amount of storage space required when backing up files to a server. Imagine a business environment where each employee has their own desktop machine. With that, they have their own folder system for storing their files. These files are backed up onto the company’s network. In an enterprise of hundreds or thousands of employees, all of these files add up to a huge amount of storage space. As such, methods like data deduplication are vital for reducing storage space on a server.

In an office environment, imagine that your boss sends the five members of your team a copy of a PowerPoint document (let’s be super imaginative and call it example.ppt). Everyone saves example.ppt to their own machines, which means there are now six copies of example.ppt on the company network – the original, and the five copies. Say that example.ppt is 10MB in size, because everyone has a copy, it now takes up 60MB of storage space on the network.

Data deduplication only stores one copy of the file, and everyone else just gets a file that points them to the original. The user doesn’t even realise that they haven’t got the original document. This dramatically cuts storage requirements.

This does save space, but is pretty inefficient. If one of the employees corrects a typo in example.ppt then file-level data deduplication considers it now to be a unique file – it won’t be a pointer any more, it will be considered by the network as a new file. This doubles the previous storage amount because there is now one 10MB original, four pointers, and one 10MB edited copy. When a change is made, file-level data deduplication doubles the required storage space.

Let’s say that it is saved as blocks ABCD. There are now three versions of the same file, all with ABCD blocks. The two employees both make slight changes to it, and now the three files are unique, but similar. They are now made up of blocks ABCD, ABCE, and ABDE. Block-level data deduplication just stores the unique blocks, not the unique files, so blocks ABCDE are stored on the network.

This means that instead of having three unique 10MB files totalling 30MB of space, there are now only five blocks to be stored for a little over 10MB of space.

Even though files aren’t stored in their entirety, when the user wants to access the file again, block-level data deduplication is clever enough to only present them with the relevant blocks to the relevant user. With block-level data deduplication, any changes the employees make don’t turn it into an entirely new file, it just updates the blocks.

The obvious benefit of data deduplication is a reduced storage demand. This also comes with the benefit of a reduced bandwidth consumption on the network, and faster speeds when downloading from (or uploading to) the backup. Ultimately, the benefit here is cost savings. Saving storage space saves money.

Data deduplication is also highly customisable. You can tell the server to only process certain folders, to exclude duplicates of certain file types, or to exclude files that are less than a set amount of days old.

Deduplication can be set up to happen as soon as data is backed up to the server (known as in-line deduplication), or it can happen in the background at set increments (known as post processing).

Data deduplication can be enabled on all Fasthosts Windows Dedicated Servers. 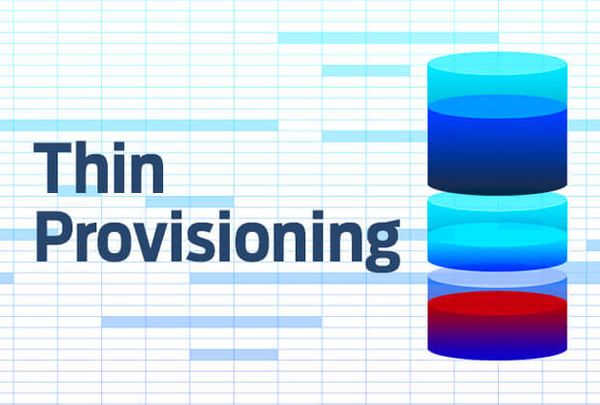 We recently wrote about the methods of data deduplication and file compression for optimising storage space. A method for utilising space on a storage area network (SAN) is known as... read more

With its anime robot-inspired logo, Phusion Passenger is keen to present itself as a sleek, innovative tool for web hosting and development. But is it just another web server? While... read more