The user interface is the first thing your customers interact with on your online services – so they need to be able to use it.

In the digital world, not much can be more frustrating as a user than a poor user interface. Have you ever stopped using a website, tool or device because simply navigating from one function to another was too frustrating? Or been unable to use a program without looking up dozens of tutorials? And if you’re a provider, considering the user interface (UI) and subsequently, the user experience (UX) is vital to retaining those who try out your product or website.

History of the user interface

The original user interface was the command-line interface (CLI), where a computer could only take input from a predefined set of specific instructions. It required users to learn the commands, and offered little to no assistance. The Linux operating system still centres around the use of a CLI (which also goes by the names terminal, shell, or console, among others).

Then came the text-user interface (TUI), which, while having an appearance similar to a CLI, allowed for scripting and plugin support. It also included the first graphical interface elements such as boxes and grids created through text characters.

Nowadays, almost everything uses a graphical user interface – where the user interacts with a visual interface on a screen, whether using a mouse and keyboard, a remote, or a touch screen.

Also growing in popularity are voice-user interfaces (VUI) controlled with speech, such as Siri on Apple devices, and home assistants such as Google Assistant and Alexa. These allow devices to be controlled through speech. VUIs make it easier to use the devices hands-free, and increase accessibility for blind and partially sighted users.

With natural user interfaces (NUI) users interact with the device through movement and gestures. NUIs were commonly used for video game consoles like the Nintendo Wii, and are now the primary mode of navigation in virtual reality environments.

A good user interface design is characterised by aesthetics, ease of use, and functionality. The design should be quite minimalistic. An overload of content, images and buttons can confuse users who will search unnecessarily around the screen trying to find the parts that are relevant to them. Remember to include whitespace (empty areas) to break up the content, and make it seem less cluttered.

You can make buttons and options easily recognisable by using existing icons. For example, your user wouldn’t need lots of computer experience to understand that the trash can icon means to remove or delete something, as that is what it has always meant. The same goes for the floppy disk save icon. Although younger users would never have seen a floppy disk in real life, they recognise that the floppy disk icon is synonymous with saving.

These icons haven’t changed over time because they’re so recognisable that users immediately know what they do, and that’s a fundamental of good user interface design: making the experience intuitive. Users expect certain icons in certain places, so there’s no use having a wacky, well-designed icon in place of the traditional, simple and effective one.

The bounce rates of your website can have an effect on your SEO (search engine optimisation). If someone lands on your site and leaves straight away because they’re overwhelmed and can’t figure out how to navigate, then that increased bounce rate will affect your search rankings. This is particularly prevalent on mobile devices, as sites are often not optimised for mobile.

Make sure that your internal linking is intuitive and easy to follow for humans, because search engine web crawlers will look at the internal navigation structure of your site and analyse its effectiveness when deciding on your search ranking.

As well as that, having a page cluttered with too much content or too many features can increase your page-load times, which can also have an effect on search engine rankings.

The most important thing to remember about user interfaces is that best practice is always changing. Keeping up with the latest design trends is the best way of keeping your customers happy.

That’s why we make sure to keep our customer Control Panel up to date. We’ve recently changed its look to make it even easier to see what’s most important to you. 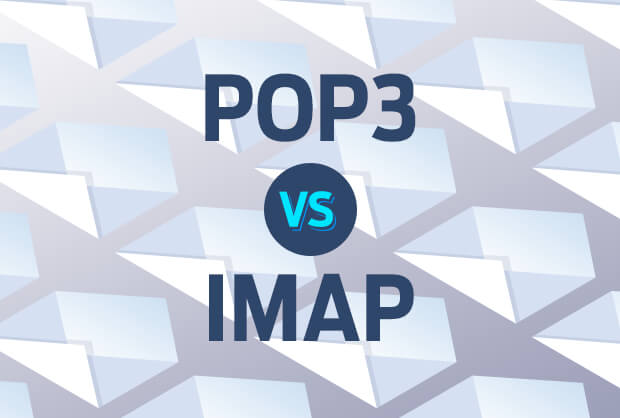 It’s an everyday routine: you open up your email and see messages pop into your inbox. But behind the scenes, email protocols are hard at work. These are the... read more