When it comes to container orchestration, the three big names out there are Kubernetes, Docker Swarm, and Apache Mesos.

As explained in our overview of Kubernetes, an orchestration tool is a must-have for any large-scale containerised application where developers need to automate the scheduling, deployment, and scaling of hundreds or even thousands of containers. While Kubernetes remains the market leader, Docker Swarm offers an alternative container orchestration tool integrated into the Docker container platform.

Apache Mesos is the third contender, and it’s quite a different beast in comparison to the first two. But what is Mesos? At its core, Apache Mesos is cluster management software, with container orchestration being just one of the things it can do via a framework called Marathon.

In some ways, this isn’t a direct comparison, since each system has been designed and developed with a unique set of objectives in mind. Kubernetes, Swarm, and Mesos can all do container orchestration, but the ways they go about doing it can vary dramatically. It’s very much a case of choosing the right tool for the job. But before you can do that, you need to understand the pros and cons of each solution.

Kubernetes vs Mesos and Swarm: ease of use and setup

Getting started with Kubernetes is a fairly complex undertaking. For starters, it has a steeper learning curve than Docker Swarm and can take longer to configure. Kubernetes is designed with larger development teams in mind, meaning that smaller organisations may struggle to implement it. Having said that, Kubernetes’ web UI does take some of the pain out of managing your cluster.

On the other hand, being closely integrated with Docker, Swarm is relatively easy to pick up for anyone already using the Docker container platform. This greatly simplifies cluster setup and container deployment, making Docker Swarm a great choice for small teams getting started with containerisation and looking to test the waters.

Apache Mesos, however, is the trickiest to set up, since it requires the Marathon framework before it can even begin functioning as a container orchestration tool. With Marathon, Mesos is capable of scaling up to hundreds or even thousands of nodes (servers) in a highly flexible setup. But, this naturally comes with increased complexity. With its wider focus on big data and analytics, Mesos is geared towards large organisations with extensive IT resources.

Kubernetes vs Swarm and Mesos: features and functionality

Of the three, Kubernetes arguably comes with the most complete, fully integrated feature set. Auto scaling, load balancing, and various additional features are built into the software, making Kubernetes less reliant on third-party add-ons than Docker Swarm or Mesos. This is no surprise, considering the maturity of Kubernetes and how it builds on the legacy of Google development.

Docker Swarm is very much still evolving, steadily adding more advanced features and functionality. For now, it can’t really compete with Kubernetes or Apache Mesos. Swarm is still lacking native support for auto scaling and other automated features, making it less capable than Kubernetes out of the box, and requiring various third-party tools for more advanced configurations.

As cluster management software, Apache Mesos offers a wider scope of potential functionality than Kubernetes or Docker Swarm. Mesos enables flexibility on a grand scale, including the combining of containers with normal applications on the same cluster. But additional tools, such as Marathon in the case of container orchestration, are required to achieve this.

Of the three, Mesos enables container orchestration on the largest scale. Simulations have demonstrated that Mesos is capable of handling up to 50,000 nodes (although this has yet to be tested in a real production environment). This scalability makes Mesos the container orchestration tool of choice for large organisations maintaining huge clusters. Companies like Twitter, eBay, and Airbnb use it to manage containers on a massive scale, and even Apple uses a proprietary framework built on Mesos to power Siri.

With Kubernetes, containers are orchestrated via pods, a concept where one or more containers can be scheduled together as a unit to form a service. The ability to easily schedule these groups of containers makes the deployment of complex applications more straightforward, and enables scaling up to large, enterprise-level requirements.

Again, it’s important to realise that Docker Swarm is more of a work in progress than Kubernetes or Mesos. With regard to scalability, this makes Swarm better suited to small or medium clusters, even if it can theoretically scale up to a few thousand nodes. For this reason, larger organisations usually look to either Kubernetes or Apache Mesos to orchestrate enterprise-level containerised applications.

Kubernetes vs Docker Swarm vs Apache Mesos: making your choice

With each container orchestration tool being so distinct, making your choice should be fairly easy. It really comes down to what type of containerised application you need to build.

If you need an entry-level solution for smaller projects and testing purposes, Docker Swarm could be the ideal tool, especially if you’re already familiar with the Docker container platform. For larger, enterprise-level deployments, Kubernetes is the market leader for a reason. Finally, Apache Mesos offers an industrial-grade solution for very large clusters, but due to its complexity, it’s generally only relevant for big corporations.

No matter which container orchestration tool you decide to use, the Fasthosts cloud hosting platform can deliver all the performance and flexibility your projects need. We can scale dedicated resources on demand with powerful virtual machines that can be provisioned in as little as 55 seconds with the added bonus of expert technical support available 24/7 for all your questions.

If you're interested in finding out even more information on any and all facets of the internet, head over to the Fasthosts website and check out our blog. 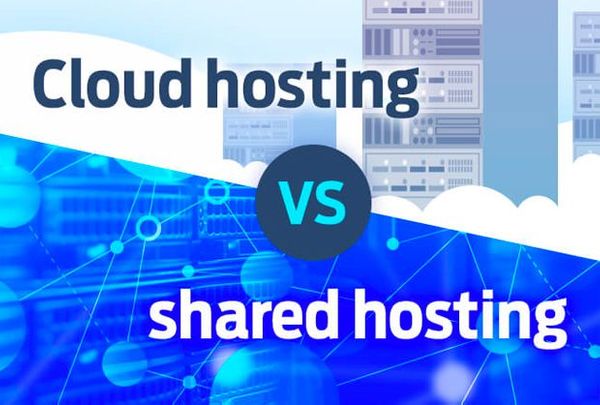 We’re used to seeing the word ‘cloud’ stuck in front of basically every technological term out there. And while tech-savvy individuals have a decent grasp of what ‘the cloud’... read more

To those of us who live and breathe the internet it seems obvious that website performance matters. Websites with good user experience become popular and websites that frustrate their visitors... read more