MariaDB v MySQL: which relational database should I choose?

Databases are a key tool for anyone who wishes to organise their data efficiently. Relational databases are a simple and intuitive method of formulating information into tables that can be linked, based on data that is common to each. They enable a user to easily apply data from many different tables into a brand new one with just one query. A relational database offers a far easier way of comprehending the relationships between lots of data, which in turn provides greater understanding and novel insights which can help when making important business decisions.

MySQL and MariaDB both use SQL and they are two of the most popular relational databases used by businesses today. Here is a useful comparison between the two:

MySQL was developed in 1995 and was one of the first open-source databases. It’s now owned by the Oracle Corporation and is considered the standard relational database.

MariaDB was released in 2009 and is a fork of the MySQL database. A project fork is when developers take a copy of source code from one package and start an independent development on it which creates a distinct and separate piece of software. This fork database has additional features compared to MySQL and some see it as an upgrade on the original MySQL.

Data replication is a method that allows you to copy information between databases.

MySQL provides one-way asynchronous replication, where the ‘Master’ database copies all the information to a ‘Slave’ database. This duplicates data, tables and attributes all at the same time.

In contrast, MariaDB does almost the same thing but with a slight difference. By providing a ‘Master’ to ‘Master’ function, you can work with multiple Master databases at the same time, leading to faster data transfers.

MySQL works with every standard property of a relational database such as table creation, views and constraints while employing usual functions like stored procedures, roles, and triggers. Primary and foreign keys are used to organise records and refer to each other when interacting with database tables.

As MariaDB is a forked version of MySQL, it offers similar functionality to MySQL with the same database structure and indexes. If you wish to switch from one to the other there is a degree of compatibility that can be ascertained here.

MySQL is an undemanding database that works with practically all operating systems and is written in C and C++ languages.

MariaDB is considered more advanced than MySQL as it uses Bash & Perl languages, as well as C and C++.

MySQL and MariaDB both store indexes in B-trees, a self-balancing tree data structure that maintains sorted data and allows searches, sequential access, insertions, and deletions in logarithmic time. It’s worth noting that MySQL also supports hash indexes and applies the InnoDB engine to hold the inverted list of FULLTEXT indexes.

MySQL’s owner, the Oracle Corporation, offers a subscription MySQL Database Service that offers a range of technical support services depending on the version used.

MariaDB also provides a top-quality support option that offers 24/7 technical support throughout the year. With a team of specialist developers available at any time, all issues with core functionalities of the platform can be solved speedily. Their engineers are experts in both MariaDB and MySQL, which helps a lot if you decide to switch between the two databases.

When one server isn’t enough to manage the number of requests or the amount of data, data clustering can be used. This is the process of combining more than one server (or node) to connect to a single database.

MySQL uses a technology named MySQL Cluster for data clustering. This is a specialised clustering technology that’s designed to offer shared-nothing clustering and auto-sharding. It allows you to write information to separate nodes with a two-phase commit mechanism, meaning that there isn’t a reliance on just one node.

MariaDB uses a technology called Galera Cluster which allows the reading and writing of data in multiple nodes. Its other benefits include automatic node provisioning, guaranteed writing consistency, and the automatic syncing of nodes in the event of a loss of connection. MariaDB also has the added benefit of being able to scale up by adding additional nodes, removing the need for a management node like MySQL Cluster.

Ownership - MariaDB is open source whereas MySQL uses some proprietary code in its Enterprise Edition.

Fasthosts offers both MySQL and MariaDB on its cloud-based Virtual Private Servers. By simply loading up a VPS from Fasthosts you can choose which database app to use and enjoy the possibilities of MySQL, MariaDB or a host of other apps without the inconvenience of installation. 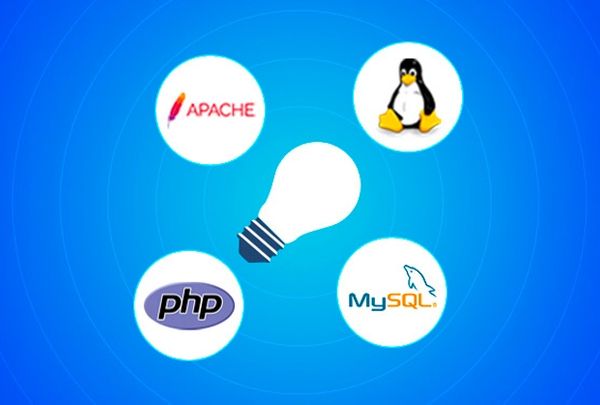 When thinking about websites and how they’re designed, it’s useful to differentiate between ‘static’ and ‘dynamic’ sites. Generally, static sites display HTML-based content stored on a server, but... read more

Well thought-out navigation can make the difference between a visitor spending 30 seconds or one hour on your website. If your navigation is too complex or poorly designed, visitors will be put off quickly and may decide to stop exploring your site. In other... read more