Getting remote access to a server is a useful and often vital part of working with them. But is remote KVM or RDP the most efficient option?

When it comes to controlling a server, it’s important to have access from anywhere; whether stuck in traffic or working from home, servers can be controlled from wherever you are in the world with a web browser. This can be achieved through either remoted KVM access (keyboard video-monitor mouse) or RDP (remote desktop protocol).

How to use RDP

How to RDP to a server

RDP is often pre-installed on most Windows PCs, which allows you to get straight into connecting to a server; simply run the software, and, when prompted, enter the IP address of the server you wish to connect to in the ‘computer’ field. If you’re connecting using Mac operating software, you can follow similar steps after you download an available remote desktop protocol client.

What port does RDP use?

When it comes to accessing a remote server via RDP, it’s important to prioritise security. As such, you should connect to a port that guarantees an encrypted connection that preserves the safety of your data and information; the recommended channel to run is TCP port 3389.

What is a KVM?

However, this KVM switch technology has advanced to allow remote access over the internet, where although the ‘switch’ functionality is still there in theory, it’s more of a button on a screen than a button in hand. This turns ‘KVM switch’ technology into ‘Network KVM', 'KVM over IP’, or ‘IPKVM’.

What’s the difference between RDP and KVM?

Although they sound very similar in principle, there are important differences between RDP and KVM switches.

This slight nuance can have larger effects; for instance, because the window displayed in RDP is only a representation of the ‘actual’ desktop, there will likely be a slight delay between the user’s commands and the server’s actions or responses. This lag isn’t a problem for remote KVM access because it is controlling the server directly from a PC, without the ‘middleman’.

For management of multiple servers, network KVM has a slight advantage; changing between servers is more efficient with IPKVM, because it’s theoretically as simple as pressing a button to change between servers. RDP, on the other hand, requires more steps to change from controlling one server to controlling another, so it takes more time.

KVM switch allows for unrestricted access to all areas, because the PC is actually controlling the server machine. As such, KVM is more useful for troubleshooting network and BIOS issues, as it can access and control all of these factors. It’s also possible to perform hardware reboots, and install/uninstall software through remote KVM.

These more ‘external’ functions are more difficult with RDP because unlike KVM, the connection with the server is not direct. As such, RDP is often limited to ‘third-party’ access because the requests aren’t coming from the server itself.

However, RDP is not without use. Firstly, remote desktop functionality is pre-installed for free on most Windows devices, which means no additional hardware or software is required. This expansive availability is helpful in an emergency, and if something does go wrong with a server, it’s reassuring to know that RDP is available from most PCs and laptops – there is even an RDP app available on both the Android and Apple app stores; all that is required is the IP address of the server that needs accessing, and the login credentials.

So, as part of a wider remote server control strategy, a combination of both RDP and KVM is the best solution by far.

To provide complete remote server control, both RDP and KVM access are available as standard with both Dedicated Servers and Cloud Servers from Fasthosts.

Two-factor authentication is a name for any login or entry system which requires two different methods of identifying yourself. It’s one of the most recommended security features for online... read more 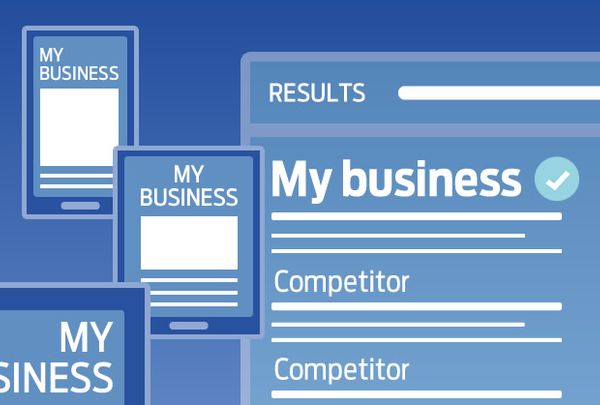 In this digital age, almost every business should have a website. Whether you have a local corner shop or a tech start-up, we’ve put together a list of the... read more