The idea of cryptocurrency has been around for a while now but gone are the days of Bitcoin being your only crypto investment option. Since Bitcoin came on the scene, plenty of other alternative digital currencies, such as Ethereum and Litecoin, have been developed alongside a who industry dedicated to cryptocurrency speculation.

There are literally thousands of options available for you to choose from when investing in cryptocurrency, but with this wealth of options comes a problem. How can you ensure that your transactions are independently verified without the use of a third-party.

Cryptocurrencies inherently have no physical form or value, and are decentralised from real-world banks, making their use as currency potentially difficult to verify, track, record, and store without a set framework in place.

This is where blockchain comes in, a system designed to help cryptocurrency users securely record their crypto transactions.

What is blockchain technology?

Let's start by answering the question, 'what is blockchain technology?' In short, blockchain is a new form of digital database designed to specifically record all transactions involving cryptocurrency for a specific peer-to peer network and server.

The basic idea of blockchain is that it records transactional data in a continuously growing digital list. Each time a new transaction occurs, it's added as a block of data in the chain, hence the name blockchain.

Crucially, however, once this transaction has been recorded, said recorded data cannot be changed without painfully obvious tampering. In theory, this makes blockchain an incredibly secure trustworthy and transparent method if recording cryptocurrency transaction data.

Essentially, the digital ledger allows crypto users to confirm transactions without the need of using traditional institutions such as banks.

How does blockchain work regarding security?

As all blockchains are decentralised databases restricted to a singular peer-to-peer network, the data of a blockchain is never stored solely in one place.

A peer-to-peer network is a network constructed of separate machines, also called nodes, which are all updated simultaneously with each blockchain transaction. Seen as these networks can consist of hundreds or thousands of machines, there is no single point of failure within the blockchain network.

So, if somebody wanted to hack or modify an existing blockchain's records, they would need to control the whole network and server, or at least the majority of it, in order to make changes in every single instance of the blockchain's ledger. In practice, this would require massive amounts of time and effort, making blockchains highly resilient to attack.

What is blockchain hashing?

When new record needs to be created in a blockchain, multiple transactions are bundled together into individual blocks and added to the chain in strict chronological order. Each transaction is verified with a unique signature that proves its identity. This security method is known as hashing.

'Hashing' data essentially means crushing it down into a string of characters that define its content. Hashing is a one-way process, so there's no way to convert the hashed output back into its original data. But because the hash will be totally unique for any given file, even tiny changes to the content would result in a completely different hash code.

For the purpose of blockchain, hashing is ideal because it makes records basically unforgeable. Any changes made to previously added blocks would result in a different, invalid signature for the data in question, making it obvious that existing records had been compromised.

How to use blockchain

Now that we've answered the question of what is blockchain technology, let's now look at how to use blockchain.

When you want to make a transaction using a cryptocurrency, your request will be broadcast to the relevant peer-to-peer network using your currency of choice. The network will then validate the transaction and users' status with its algorithms.

In essence, you'll be able to use a blockchain 'wallet' and app to conduct and record your crypto transactions at a moments notice.

Why is blockchain important?

Asking why is blockchain important is a fair question. While we've only discussed blockchain in relation to its use with cryptocurrencies, there are plenty of advantages blockchain can offer to more traditional financial industries.

We generate a massive volume of financial data on a daily basis, all of which needs to be kept secure at all times. Traditional banking systems rely on extensive back-office processes to verify transactions before money can be transferred, but blockchains could offer a much faster alternative.

By providing faster payments, faster accounting, faster auditing, and the lowering of asset exchange fees by removing the middleman, blockchains can help save everyone money by cutting out expensive paperwork and bureaucracy. The added transparency of blockchains would also be highly advantageous in terms of regulation and fraud prevention services.

But there is far more that blockchain can be used for outside of monetary transactions. With so much important data floating around, the ability to create an accurate and unchangeable record of events means blockchain technology has huge potential advantages for the globalised supply chains that crisscross the world.

By offering more transparency and accurate end-to-end tracking, companies can digitise physical assets and make a decentralised record of every transaction so that it's possible to track every link in the chain. This helps companies make better business decisions and promote ethical decision-making by consumers and companies. For example, being able to track individual diamonds from mine, to jeweller, to end-consumer, would allow you to verify their origin and ensure you aren't funding militias in potential warzones.

In some cases, it's even theorised that blockchain technology could b used to eliminate voter fraud thanks to blockchain's open, independently verifiable format that's almost impossible to fake.

So potentially useful is blockchain that it's been predicted by many that it will revolutionise finance and online business entirely, and we have Bitcoin to thank for all this.

How are blockchain and Bitcoin related?

Blockchain might be its own system now, but it's heavily based upon the original peer-to-peer network systems pioneered by Bitcoin.

The first blockchain was implemented back in 2009 to track and verify Bitcoin transactions. The objective was to create a public ledger and eliminate the problem of 'double spending' where digital tokens were being spent more than once. With the new blockchain, every transaction was publicly recorded to prevent fraud and disputes. It's from this that we get today's blockchain technology.

How big is the Bitcoin blockchain?

As you can imagine, with Bitcoin being the oldest verified cryptocurrency, it's blockchain is going to be rather long. With Bitcoin, each block is 1MB in size, and as of October 2021, the Bitcoin blockchain was sat at over 300GBs. This means that well over 300,000 transactions have been made using Bitcoin since blockchain technology was first implemented.

How to sell Bitcoin on blockchain

The selling of Bitcoin works in much the same way as any blockchain transaction. You just need to go to wherever you store your Bitcoin and then choose to sell it via a P2P trading network.

With a P2P trading system, you simply find a buyer, choose how much Bitcoin you want to sell, send an offer, and then confirm the release. You'll then be left with a blockchain record of the transaction.

How to create a blockchain

If you're curious about how to invest in blockchain technology, the process is not necessarily a simple one. Creating your own blockchain from scratch is a complicated process and well outside the scope of this article.

There are, however, many pre-built blockchain open-sources, such as the one provided by Ethereum, that will make the construction process easier. Blockchains are only becoming more popular by the day, and there are many tutorials you can find online that will explain how to create a blockchain.

Of course, if you want to host your own peer-to-peer blockchain online, Fasthosts, web hosting is the ideal platform to do this from. With unlimited bandwidth and smart SSD storage, you'll have everything you need to get your blockchain system up and running.

But we don't just provide web hosting services, from domain names to cloud servers, Fasthosts is your go-to company for all your internet needs. Get in touch today to see how we can help your business or read more interesting articles and guides on the Fasthosts blog. 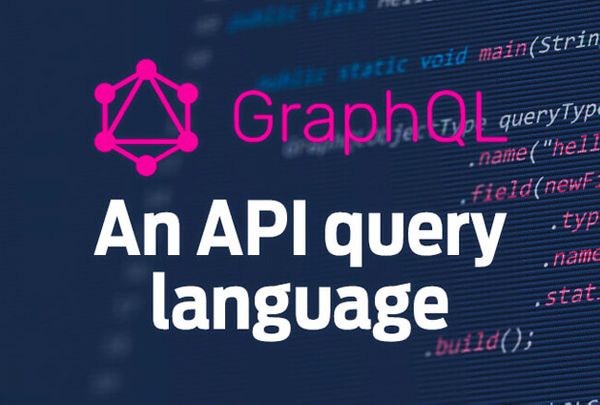