The Top Nostalgic Websites of the 90s and 00s

The online and digital world has grown and improved enormously over the last couple of decades. For example, we no longer have the dreaded dial up noise when connecting to the internet, something half of all users claim to have hated!

But which websites of years gone by do users miss most, and which do they wish would make a comeback?

Surveying 1,500 adults, we’ve been able to determine the most loved nostalgic websites from the 90s and 00s, and which ones people want in the present day.

The internet was only made widely available to the public around 30 years ago, so it’s little surprise that just over two-in-five respondents (40.36%) weren’t using it regularly in 90s and 00s. However, more than a quarter (26.87%) were.

Prompting those who used the internet during its formative years to name their top nostalgic websites, we can reveal Ask Jeeves to be the most popular pick of previous decades.

Interestingly, the question-and-answer platform featured in 29.01% of responses. The search engine’s popularity might appear to be peculiar given the overwhelming dominance of Google in today’s market, but there’s clearly still plenty of fondness for Jeeves, the friendly butler.

Next up, placing in 18.88% of survey responses, we have the controversial former file sharing platform LimeWire. Perhaps established with innocent intentions, LimeWire quickly became a popular pirate music downloading website during the 00s. The site was subsequently forced to shut down in 2011, after the Recording Industry Association of America estimated copyright damages of up to $72 trillion.

Not far behind with a place in 18.23% of people’s top nostalgic websites is Bebo. It might have struggled to keep up with the likes of Facebook and Twitter, now both social media staples, but there is still a portion of the population who look back on the failed platform with immense affection. In fact, 43% of our respondents admitted to harbouring a love for old instant message and social media sites in general, and 35.1% would have them back now in place of modern text conversations.

In fourth, featuring in 12.21% of participants’ top old-school sites, we have the multiplayer virtual world of Club Penguin.

Curiously, Club Penguin was only shut down in 2017, and had over 200 million accounts as recently as 2013. But, given it was primarily aimed at children, many adults consider it a sentimental nostalgia trip reminiscent of their youth in the early 00s.

Finally, 9.02% of our respondents stuck with the gaming theme, to name RuneScape as the fifth most nostalgic website. While still technically available to play now, it peaked in popularity around 2010. There are numerous similar-style platforms out there, but evidently nothing compares to this early online role-playing game.

A quarter of us wish we could Ask Jeeves again

According to our research, over a third of adults (39.87%) who experienced the growth of the internet in the 90s and 00s long for the return of their old favourite websites.

Taking top spot, we’ve highlighted the outstanding popularity of Ask Jeeves back in its day, but an astonishing quarter of people (23.10) would take it back in a heartbeat.

Almost mirroring the nostalgic website list, 17.73% long for the days of vintage social media and a return from Bebo, while 14.86% clearly aren’t satisfied with the availability of Spotify and Apple Music, and wish for LimeWire to make a reappearance.

We’ve addressed how the Club Penguin website was only disbanded a few years ago, but it was on a very dramatic decline in usership. Despite this, 11.10% of adult survey respondents claim to want the penguins back in their lives – perhaps it’s the nostalgia talking?

Rounding off the top five old-school websites internet users wish would make a comeback, we take a little detour from the original list. While RuneScape is among the most nostalgic sites, it’s Addicting Games that takes fifth in this category with a vote from 8.76% adults. Maybe it’s the memories of quick a competition in school IT lessons behind the teacher’s back or the hours spent browsing the enormous catalogue of games at home.

The internet has come a long way since the 90s and 00s, and it would have been difficult to predict back then where we’d be now. But sometimes there’s nothing better than a little throwback to simpler times – as made clear in our survey! For even more interesting website insight, head on over to our blog. 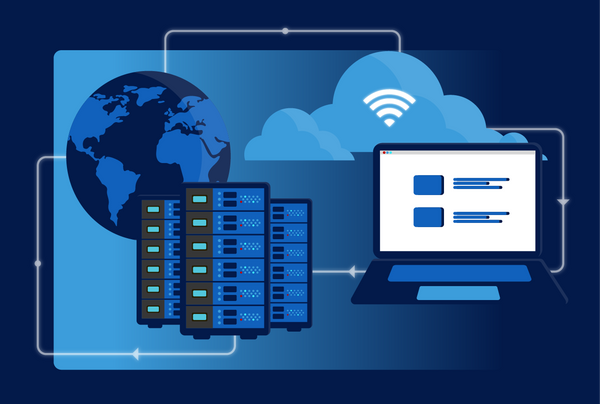 There were just four web hosts in the infancy of the internet in 1969. There are now 1.2 billion registered host names worldwide! But with industry growth comes enticing... read more

Have you ever wondered where the best places are in the UK to set up a new business? Well we've analysed average download speeds, business launch and closure rates, five-year... read more