The future of the internet

The internet is an incredible thing, and something that continues to develop and improve year on year. But what does the future hold for the internet, and how will our lives be impacted? We spoke to futurologists Dr James Bellini and Andrew Gill to better understand how the digital landscape is set to evolve in the coming decades.

What is the future of our social space?

Since gaining popularity in the early 2000s, social media has quickly become something most of us can’t live without. Over the next 25 years the term ‘social media’ may even be phased out as it becomes an even more prevalent media format. Andrew recognises that it’s only a matter of time before consumers seize control over their own data, brokered by AI agents through personal clouds.

Meanwhile, James considers how the next generation of social networkers will be impacted by the acceleration in digital innovation; while millennials and boomers were there to see the online space take shape, those born after 2010 have known nothing else.

Exposed from an early age, generation alpha will enjoy a very different social experience to their parents, allowing them to quickly become the catalyst needed to develop hyper-augmented reality and brain-to-computer interfaces. Taking this one step further, it’s not unlikely that by 2050 implants will be available to be placed over our eyes to access our digital world without the need for a display.

As the face of online interaction continues to change, virtual reality (VR) and artificial intelligence (AI) will pave the way for a more streamlined online experience, whether for ecommerce, entertainment or business.

With this, James expects rapid developments in the field of brain-computer interface technology. He predicts that by 2040 users will be able to send information and commands through mere brain signals. Similarly, by 2050 it’s expected that consumers will be able to plug nanobots directly into the brain for full-immersion virtual reality that directly influences the nervous system.

Scaling back to the current decade, Andrew notes how we’ll soon see VR developments across a broader spectrum of senses, simulating smell and taste the same way as current technology does sight.

The cloud continues to exponentially excel

The cloud is an exciting resource that allows users to store personal data online. Cloud-based technology has been developing at a rapid pace over the last decade, and James doesn’t expect things to slow down. In fact, he anticipates the cloud to be able to accommodate further personal assets that would otherwise have historically demanded local storage.

In terms of the increasing capacity and capability of the cloud, green web hosting is set to be used universally by 2050. With this, companies will dramatically cut down on the size of their data centres in favour of cloud-based technology, and improve their environmental impact.

Three-dimensional printing has evolved dramatically in recent years, but both James and Andrew expect the prominence of the 3D printer to continue rising significantly.

James expects all homes to have access to a 3D printing device by 2040, laying the foundations for the DIY economy. Andrew adds that, by then, for example, a trip to the hardware store will be a thing of the past, in favour of simply ‘printing’ your desired appliance.

Looking at the next stage in development, James recognises the already-impressive momentum around the creation of a 4D printer that produces objects that are changeable depending upon environment.

Implant chips will streamline the future of healthcare

As technology develops, one thing that will quickly become a habit of the past will be a check-up visit to the doctor. Instead, James comments, everyone will be implanted with a monitor that tracks health and wellbeing. These internal monitors will mean that medical resources are only spent when necessary, which will infinitely streamline the healthcare sector. Concurring, Andrew also notes how this highly valuable healthcare data could help to predict the next pandemic.

Interestingly, healthcare could see radical advancements in the coming decades, with the ability to remove our brains from our physical bodies considered an inevitability. This would allow doctors to prolong the life of terminally ill patients, or those whose bodies are failing while their mind runs at full capacity. Taking this one step further, James expects humans to someday be able to attain immortality through transferring consciousness into an artificial brain.

The development of digital technology has seen vast improvements in recent years, but both James and Andrew predict catastrophe if we don’t treat cyberspace more seriously.

While extreme computing brings about countless benefits, it could also trigger major problems; as we become ever-more connected and at one with our devices (with an anticipated trillion internet devices across the globe by 2030), those who intend to break through encryption barriers could use super-fast machines to do so in an instant, and take immediate hold over the lives of millions.

Andrew echoes this concern, noting that cybercriminals are the third most significant threat to humanity, after natural accidents and pandemics, and access to increasingly sophisticated technology could spell disaster.

A cashless society is only around the corner

According to the CEO of National Australia Bank, the coronavirus pandemic sped up the adoption of online banking to a level they’d initially expected for the early 2030s.

Following this, Andrew comments how the demise of cash has been long coming, and he expects a total reduction of physical money before the turn of the next decade. This is echoed by consumers, with 60% of UK adults expecting a completely cashless society by 2030.

There’ll be no such thing as service with a smile

In fact, Andrew predicts that we’ll begin to see a rise in digital agents as early as the next 5-7 years. As these agents evolve, they’ll begin to think for us, renew our insurance for us, and screen advertising messages for us.

As the internet continues to evolve, it’s important to remain informed about how it can impact your daily life. For even more expert insight around the evolution of cyberspace, explore the latest from us. 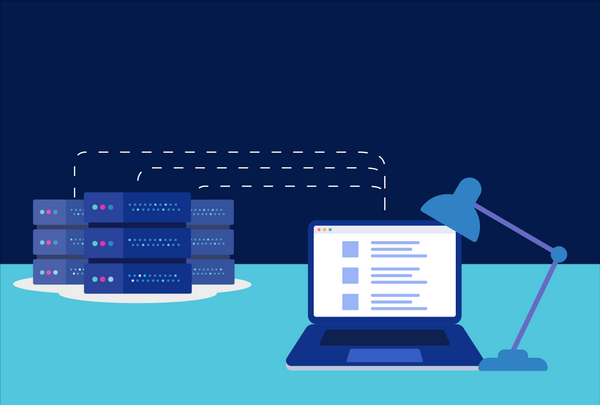 When building a website, there are many things to consider. There’s the design of course, plus any special features and functionality, and crucially – what many people forget – how to... read more 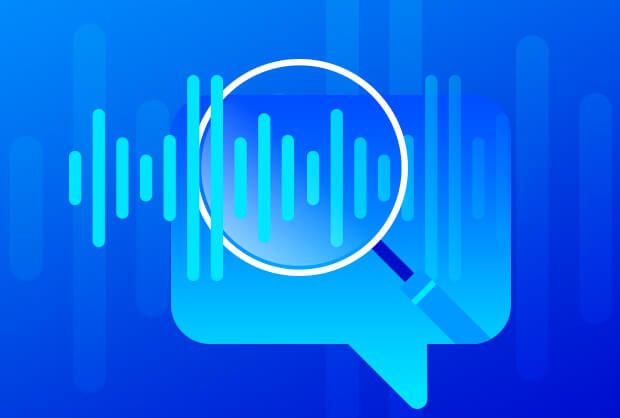 We’ve all heard of voice search technology, and there’s a strong chance you’ve even used it. It’s projected to have an imminent impact, with forecasted figures... read more