How has the pandemic affected cybercrime?

It's safe to say the pandemic was a bit of a shock to the system but many of us quickly adjusted balancing our personal lives with having to work remotely.

And there was a plus side – remote working took away the stress of long commutes, working hours became a lot more flexible, and we all became a bit savvier about the technology we work with. But these silver linings did come at a cost.

For businesses, deploying the systems and networks required to enable remote working for large-scale operations revealed a load of security vulnerabilities that wouldn’t normally have been an issue.

And these were security vulnerabilities that competent cyber-criminals knew exactly how to take advantage of to steal user data, disrupt website functionality, and make a profit.

But what has been the true cost of cybercrime during the pandemic? To see just how much cybercrime has affected UK users, businesses, and organisations, we've pulled together some data from the National Fraud Intelligence Bureau (NFIB).

Just how much has cybercrime impacted the UK?

It’s a sad truth, but cybercrime has escalated dramatically during the pandemic, with the NFIB recording over 445,357 cases of cyber and fraudulent crimes in the last 13 months alone.

In total, this is thought to have resulted in reported losses of over £2.4 billion! But not every case is reported, so we could be looking at an even higher cost.

This mind-blowing total shows just how much of an issue cybercrime and fraudulent activities have become since the pandemic began. In fact, according to the data provided by the NFIB, at least 63% of reported crimes have been cyber-related.

The top 3 types of UK cybercrime and fraud

When it comes to the three most common types of cybercrime that have affected people across the UK, the overwhelming majority comes in the form of online shopping and auctions.

There were reportedly around 88,700 cases of online shopping fraud over the last 13 months. This was mostly in the form of scammers posing as legitimate sellers of popular products to steal financial information, showing just how cautious we need to be when buying and selling on the web. It’s no surprise that this kind of cybercrime has seen an increase though. Lockdowns caused online purchases to soar, meaning more opportunities for scammers.

After online shopping, the second most common type of crime is advance fee fraud. Advance fee fraud is where scammers contact a victim, usually online, asking for an up-front or advance payment in return for goods or services that don’t exist. Advance fee fraud is one of the oldest tricks in the book when it comes to cybercrime, but there were still over 31,000 cases reported during the pandemic.

Finally, the third most common type of cybercrime was banking fraud (cheque, card, and online bank account scams). According to NFIB, there were around 26,400 cases of criminals successfully accessing a victim’s financial funds in some capacity, through both physical theft and online scamming (like above).

Who in the UK has been most affected by cybercrime?

According to the data, the overwhelming majority of those affected by cybercrime in the last 13 months were just everyday people – based on the NFIB statistic, 87% of reports came from individuals, with the remaining 13% coming from various organisations.

Taking a closer look at the individuals targeted, there were:

As for organisations, the majority of corporate cyber and fraudulent crimes were directed at private limited companies:

With cybercrime affecting so many people and companies during the pandemic, it’s important to be as secure and cautious with your personal data as you can.

Whether you’re a business or an individual, one of the best ways to protect yourself against cybercrime is to properly manage your inbox. You can look at ways to reduce spam email and learn how to identify and report spam. You can also get email hosting that includes advanced security and spam protection right off the bat, giving you less to worry about.

For even more articles on how to keep yourself safe online, don’t forget to check out our blog. We have loads of articles covering security – even our summer security tips can be used all year round.

When configuring your server, your choice of operating system is a big deal – it needs to work with the apps your projects use. If you’re an old hand at... read more 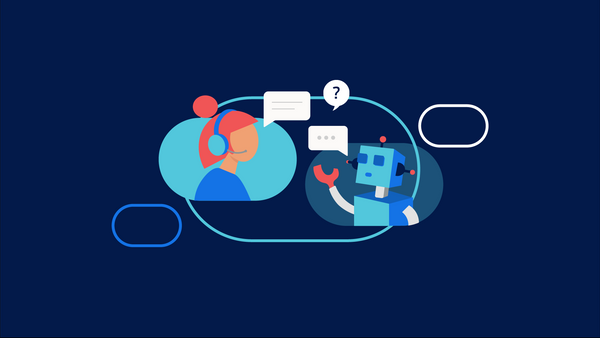 Wouldn’t it be nice if all customer support could be reached instantaneously? After all, no one enjoys typing up an email of your problems or waiting ages on the... read more