How 5G speed will affect the web

Before 3G was introduced in the early 2000s, mobile internet access was quite limited – earlier mobile devices relied on Wi-Fi to access the internet, and as such, their functionality wasn’t built around online usage.

3G brought in a new way to use the internet with mobile devices. Users could now feasibly disconnect from their Wi-Fi networks and roam free, with usable internet access being available (nearly) wherever they went. As such, mobile browsing sky-rocketed, and continues to do so.

The web needed to adapt to this new demographic. Mobile websites started to become more prevalent, allowing mobile devices to easily view and interact with page content. And now, in the age of 4G LTE, mobile browsing has taken the top spot, being responsible for over 50% of internet browsing worldwide.

Websites are now being built with mobile browsing in mind from the start, rather than having a clunky, separate mobile site to accommodate that market. Responsive design is where it’s at – websites that can slip seamlessly between desktop and mobile browsing by automatically resizing and rearranging content.

How fast will 5G be?

Now we’ve reached 5G – which, with its more efficient use of the radio spectrum, will allow far more devices to use the internet at the same time. When networks are properly implemented, experts predict that 5G phones will be able to access speeds that are 10–100 times faster than 4G. These sorts of speeds are unprecedented for mobile devices – previously only being available on wired connections. Therefore, it’s worth thinking about how this might affect your website.

Right now, if you want your site to rank highly on Google, you need to concentrate your efforts into reducing the time it takes to load your web pages. Google treats this as a key factor in its search results algorithms, so for a long time now, web designers have had to look for ways to streamline the site content. Methods such as reducing the number of images a page includes, or using only simple text-based content, are common and expected as part of web design.

With the expected performance of 5G networks, page-load times could decrease dramatically no matter what is included. For example, using the theoretical maximum speed a 5G network could achieve under perfect conditions, it would take around 3.6 seconds to download a 2-hour film, whereas on 4G it would take around 6 minutes. While those times would not be feasible in normal use, 5G speed will still be considerably faster than what is currently offered.

Therefore, mobile web design could see an increase in more resource-heavy pages, as their page-load time will become negligible. More complex animated visuals could be implemented, and images could become larger and more prevalent in web design, which would be useful for design agencies, for example.

Another field which 5G speed opens up is the possibility of having very data-heavy elements on a website, such as virtual reality. Videos could be streamed instantly, with no lag or stutter, and with 5G networks also boasting even lower latency, they’ll be well-suited to the more heavy-duty use cases.

Should you be building with 5G phones in mind?

While it’s worth considering, you don’t need to worry about overhauling your website yet. 5G requires upgrading existing telecoms infrastructure, so it’s only available in certain locations around the world. On top of that, there are currently fewer than 20 commercially available mobile phones that support 5G networks. So if you jump the gun now, you’d only be catering to a very small subset of the population – and alienating other users in the process with your slower-loading website.

It’ll be a while before 5G phones overtake 4G ones – especially considering that even now, there are devices which still use 2G. But it’s worth considering how you can take advantage of the newest mobile network technology.

If you want to make sure your site is suitable for both desktop and mobile, Fasthosts’ Website Builder is responsive by default. You can include any of the drag-and-drop design elements, and they will automatically scale between the different screen sizes.

CSS is a cornerstone of modern web design – it’s the style sheet language that makes the web more than just a collection of boring text documents. But it has... read more 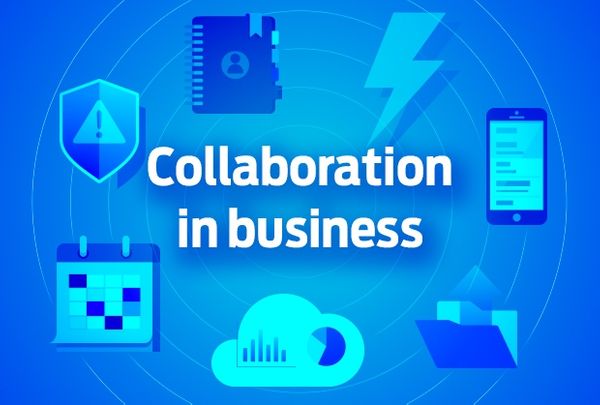 Although many people might prefer their own solitary approach to working, even when working in an office, a collaborative workplace environment has been proven to lead to a more productive... read more