Rent a game server with the latest technology

From CS:GO to Minecraft, Ark to DayZ – so many video games are at their best when played with friends. When it comes to playing your favourite titles online, having your own gaming server lets you create the ideal environment for maximum enjoyment.

So what are the advantages of a dedicated server for gaming? And what should you look for when renting a game server?

Customisation and control: it’s all in the game

The benefits of a dedicated server for gaming can be summed up in one word: control. You can customise every aspect of the experience, whether it’s something as basic as the choice of game itself, or all those settings that make a big difference.

Different maps and game modes can transform a shooter like Counter-Strike, while sandbox titles like Minecraft and Garry’s Mod are built around player experimentation. Your own server lets you take full advantage of these features.

And of course, with your own gaming server, you have the final say – not just over the game, but over the players. With the power to decide who joins and who gets banned, your server provides a dedicated, exclusive gaming space for you and your friends.

Hardware has always been at the core of gaming performance, and dedicated servers are no different. While game graphics are rendered on PCs locally, the server still has a heavy workload: controlling the game logic, tracking the positioning and actions of players relative to each other in real time, loading in new content and settings – for your server to perform well at these tasks, you can’t skimp on CPU, memory and storage.

Top-of-the-line server processors like Intel’s latest Xeon models, for example, offer a significant boost for CPU-heavy titles like CS:GO – and can even give you the performance to run multiple game servers on a single dedicated machine.

When it comes to RAM, the more the better, obviously – but the amount you’ll need depends on the game and the number of players. Servers that offer error-correcting code (ECC) memory are especially desirable, with ECC RAM preventing data corruption that can result in crashes – meaning less downtime and more uninterrupted gameplay.

Another key game server component is storage. It’s worth prioritising a solid-state drive (SSD) over a standard hard disk, since the newer technology delivers considerably faster loading when changing maps, updating settings, or restarting the server, for example. In titles featuring large game-worlds, content is frequently loaded from storage – so the faster read and write speeds of an SSD can make a big difference to in-game performance.

When renting a game server, your choice of hosting provider is critical. The provider’s infrastructure and the distance between you and their data centre will affect latency on your server, i.e. how quickly the game responds to player input. This is especially important for fast-paced, competitive shooters like Counter-Strike, where split-second delays make the difference between victory and defeat.

All this makes a high-bandwidth connection essential for your server. Local data centres also offer a definite edge for your gaming server by cutting down latency and lag.

Another vital element of renting a game server is support. Will you know what to do if something goes wrong? There’s always a chance that technical difficulties will ruin the fun, but with professional support from an established provider, issues are resolved as quickly as possible – meaning less time spent fixing things, and more time gaming.

One of the UK’s leading gaming events, epic.LAN captures the spirit of the classic LAN party and pushes it to the next level. The meetup takes place over several days multiple times per year, with a mixture of casual gaming and competitive tournaments for favourites including CS:GO, Rocket League and StarCraft II. With a range of extra activities such as quizzes and board games, plus catering and a bar on site, epic.LAN is all about creating a fun, social atmosphere for all gamers to enjoy.

This year, Fasthosts Dedicated Servers are powering epic.LAN, handling all outgoing video feeds as well as hosting the event websites. Fasthosts servers offer outstanding performance for online gaming, with the latest Intel Xeon CPUs, ECC RAM, and storage options including lightning-fast NVMe SSDs. Together with 1Gb/s connectivity and lag-reducing UK data centres, 24/7 UK-based support ensures smooth server operation – how you play is up to you.

Late last year, a major vulnerability was uncovered in the Kubernetes container orchestration system. It was a severe threat, not just because of the large number of organisations using Kubernetes,... read more 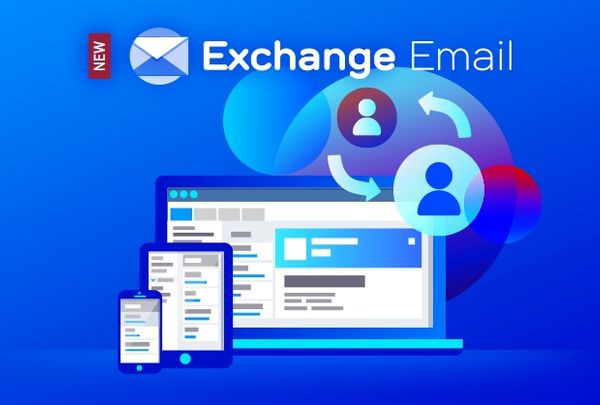 Microsoft Exchange 2019 is the technology behind our all-new Exchange Email package. But what is new in the latest version of the world’s most popular email platform? What is... read more