Robots are never out of the news. Whether it’s announcements of the latest artificial intelligence breakthrough, or worries about AI systems stealing jobs from humans, what’s undeniable is that smart automation is here to stay – and constantly gathering pace.

One of the latest AI-related trends is conversational UI – where user interfaces are designed around direct speech or text input. While virtual assistants like Alexa and Siri interpret voice commands to return results, chatbots, AKA chatterbots, are based around text on messaging platforms like Facebook Messenger and WhatsApp.

Chatbots are gaining popularity for B2C customer service purposes, with more and more businesses churning out bots of their own. In 2016, Facebook Messenger was opened up to chatbot developers, and by September 2017, the number of chatbots on the platform had passed the 100,000 mark.

Today, chatbots are operated by a diverse range of businesses including airlines, banks, restaurants and retailers. But what are the benefits of chatbots? How do chatbots work? And how hard are they to build?

The benefits of chatbots for customer service

Some pundits think conversational UI could become the default way to interact with businesses – even replacing websites as the primary platform. There’s some logic behind this argument, considering that around 90 percent of users’ time on mobile devices is spent on messaging apps.

Naturally, a business wants to be where the customers are, and a chatbot could be the most efficient way to engage consumers in their environment of choice. Chatbots are also quicker to respond and more cost-effective than humans employed to interact with customers via chat – even if they can’t replicate human problem-solving (yet).

Another argument in favour of chatbots: they’re easier to use than traditional platforms. While most websites and applications are designed with user experience in mind, each one ultimately offers a distinct interface. No matter how well-designed a site is, every new user will have to spend a few seconds or minutes getting the hang of it. But chatbots share a common user interface: human language.

So instead of clicking around the online shop, why not ask the chatbot what you’re looking for? Just like a human sales assistant in a physical store, the bot will instantly recommend a list of products that should interest you. Ok, so that’s more or less the same process as searching via the website – but with the convenience of having the results instantly delivered to your messaging app.

And with bots getting smarter every day, in a few years’ time they could be capable of serving very complex, specific requests, uniting customers with products and services faster and more efficiently than ever.

The objective of a chatbot is essentially twofold: first, understand what the user is saying, and second, give them the information they want. To accomplish this they need to interpret or “parse” the human’s request, and then retrieve relevant results from resources such as a CMS or database.

Chatbots come in varying levels of complexity. More advanced chatbots use sophisticated “natural-language processing” algorithms to fully process and understand human language. High-end chatbots can even use machine learning techniques to get smarter as they interact with more users – although this is very much the bleeding-edge of AI development.

Basic bots, by contrast, run on a relatively simple set of rules. These work by scanning the user’s input for a set list of keywords and returning what is likely to be the most relevant reply. While scripted chatbots aren’t going to be beating humans at chess any time soon, they’re capable of performing a range of important tasks – and they’re much easier to build.

How to make a chatbot

Then it’s a case of choosing the right tools for the job. The good news is that a lot of bot building resources already exist. Chatbot development frameworks are available from big players like Microsoft and Facebook – these are toolsets that make bot-building faster and easier using existing programming languages. There are also chatbot development platforms that allow less technical users to build basic bots without coding knowledge.

A critical part of chatbot conception is known as “designing the conversation”. This basically boils down to mapping out a giant flowchart, a bit like the menu in an automated phone system – “press one for sales” and so on – but in a far more responsive, intuitive and engaging format.

For example, a simple ecommerce chatbot could be programmed to respond to the user’s initial input in several different ways – with each scenario initiating a different “flow” in the conversation.

If the user says something the bot doesn’t understand, all it can do is apologise and offer several product categories. But if the bot recognises that the user wants a certain category of products, it can offer several options, such as brands or individual models, and the customer can refine the choices down through subsequent stages in the conversation. The easiest scenario for the bot is when it recognises the exact product the customer is asking for – all it needs to do then is provide an easy way to buy.

Outside of this flow structure, another important element of the chatbot is its personality. This relates to its tone, style, vocabulary and general demeanour. When the user says thanks or goodbye, or asks for the time, it’s good to get a response from the bot – and if the user wants to play around with more light-hearted questions, “Easter egg” responses are a nice touch.

How smart does a chatbot need to be?

The AI gold standard has traditionally been the Turing test – whether a person can be fooled by a computer program mimicking human behaviour – and it remains a tall order for AI developers to this day. But in the case of a chatbot, is this even a worthwhile goal?

It’s a misconception that a chatbot needs to perfectly emulate a human. For one thing, it’s not really possible with the current technology, with even the most advanced chatbots still sounding a bit “off” or “not quite right”– essentially the “uncanny valley” problem in text form.

So chatbots are generally more focused on fulfilling a specific function, such as customer service, than convincingly mimicking a human. In fact, there are indications that consumers prefer bots to make their synthetic nature obvious, rather than going for that creepy, terminator-style impersonation.

Then there’s the fact that, in a customer service situation, a close or emotional relationship between the customer and the rep isn’t particularly desirable. That’s not to say that chatbots can’t be friendly and personable – but providing a fast and efficient way for customers to get what they want will always be top priority.

Whether you’re working on advanced conversational UI or a more traditional web project, a high-performance hosting platform is vital to support demanding applications. The next-generation Fasthosts cloud hosting platform offers ultimate scalability, with a choice of virtual machines or managed software stacks, all with dedicated resources, UK data centres and 24/7 support. Get in touch to find out more. 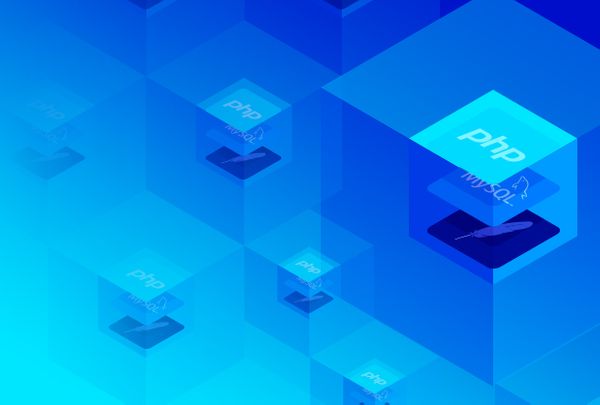 Containers are big news in the hosting industry, but where did they come from, and what are their benefits? Containerisation technology and containers-as-a-service (CaaS) may be some of the latest... read more