The people behind cloud computing

Although the first major development milestone came just before the turn of the millennium, the timeline of the cloud is not measured in years but in decades. Cloud computing has been discussed as a concept since as far back as the sixties, it’s just no one called it ‘The Cloud’ until recently.

Throughout a series of memos produced in the 1960s J.C.R. Licklider (not to be confused with his yoghurt enthusiast cousin J.C.R. Lidlicker) discussed the concept of an “Intergalactic Computer Network”. He envisioned a network where data and programs could be accessed by anyone around the globe at any time. This concept is the basis of cloud computing today.

“The Challenge of the Computer Utility” was (and still is) a book written by Canadian technologist Douglas Parkhill in 1966. In it Parkhill discusses and predicts the future of computing. He too imagined a world where consumers can connect to a global online network from anywhere in the world. He predicted that they could use this network of computers to pay bills, make purchases, and check bank balances. He even predicted that this information would be presented alongside promotional and advertising material. Spot on, Douglas. Spot on.

At a time when computers took up the space of an entire room, Stanford computer scientist John McCarthy developed a concept that would allow several users to operate the same single, central computer at the same time. This concept of computer time-sharing would be vital in the development of cloud computing.

During the 1970s IBM took McCarthy’s time-share computing idea and built Virtual Machines around it. We started to see the cloud develop by the end of the 90s when telecommunications companies started to offer VPN (Virtual Private Network) connections that allowed traffic to be redirected to improve effectiveness of bandwidth.

At around the turn of the century (and millennium) after the dotcom bubble burst cloud computing developed into what we think of it as being today. This started with Marc Benioff and salesforce.com who were the first to deliver applications to customers over the internet – today known as Software as a Service (Saas). This technology, and business model, was jumped on by all the major players in technology over the next decade – Amazon, Google, Oracle, Microsoft.

Who actually named it ‘cloud computing’?

Although there are some references to mentions of the term ‘cloud computing’ as early as the 70s, the first accepted use of it in the relevant context was by professor Ramnath Chellappa in an Information Systems lecture at the University of Texas in 1997.

In 2006 former CEO of Google Eric Schmidt used the term ‘cloud computing’ to describe the upcoming Google Docs. He said “It starts with the premise that the data services and architecture should be on servers. We call it cloud computing – they should be in a "cloud" somewhere.”

Of course, all of this would (probably) be obsolete without the inventor of the World Wide Web, the man with more letters in his name than that town in north Wales. Without Sir Tim, and without the WWW, cloud computing may have carried on as imagined, but the landscape would look totally different. The predictions of J.C.R. Licklider and Douglas Parkhill came true because of Sir Tim, and because of Marc, and John, and Eric. Cloud computing isn’t just about the infrastructure it's about but the way we interact with it.

Parkhill said that we could use the cloud to pay bills and make purchases. And we can, and we do. Which begs the question, what will we do with it next? 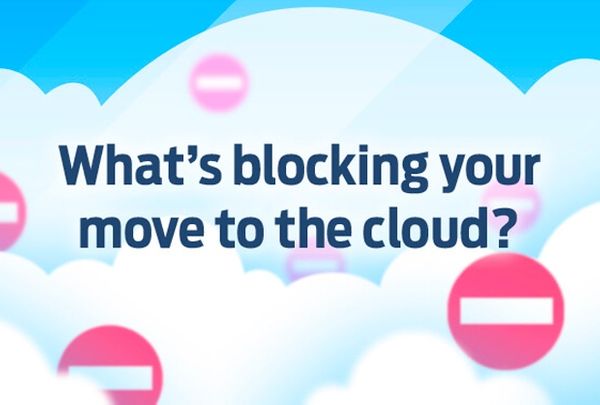 The cloud industry has seen a lot of recent discussion on the subject of ‘inhibitors’ – or the reasons organisations point to when explaining why they’ve yet to move their... read more